Trustar Bank announced today that it has acquired Granite Mortgage, LLC (“Granite”).  The acquisition provides Trustar with the platform to launch a full-service mortgage business line, broadening the Bank’s depth and breadth of service offerings.

The Fairfax, Virginia based Granite, led by President and Chief Executive Officer Gary Freedman, began serving the DC, Maryland, and Virginia markets in early 2020. “Partnering with Trustar Bank is the next step in Granite’s growth process. As a wholly owned subsidiary of Trustar Bank, Granite will be able to offer our Loan Officers the ability to provide the bank’s unique portfolio loans and expand its lending to new states. We are excited about the opportunity to offer additional loan options including Jumbo Loans, Construction to Perm financing and a true common-sense approach to Portfolio Lending. This new product line is in addition to our current offerings of conventional, FHA and VA loans.” commented Mr. Freedman.

“We are thrilled to offer competitive new residential mortgage programs to our customers. Granite is the right partner at the right time. Gary Freedman has a proven reputation within the local mortgage market and is an effective leader focused on both growth and profitability.” said Shaza Andersen, founder and Chief Executive Officer of Trustar Bank.

Granite Mortgage, LLC will be a wholly owned subsidiary of Trustar Bank. Seasoned mortgage entrepreneur and Trustar Bank Board of Director, Michael Rebibo, will lend his industry expertise as Chairman of the Trustar Mortgage Board. “Having successfully built 1st Portfolio Lending, which sold to WashingtonFirst Bankshares, I understand the benefits of a bank owned mortgage company and the market power of this partnership.” commented Mr. Rebibo. “The dynamic partnership of Trustar Bank and Granite Mortgage, LLC will allow us to provide our customers with residential mortgage programs to meet their home buying and refinancing goals.”

Trustar Bank is a full-service bank offering comprehensive banking products and services to small- and medium-sized businesses and consumers. It is the first bank to be chartered and opened in Virginia in over a decade. For more information, please visit Trustar Bank online at www.trustarbank.com. 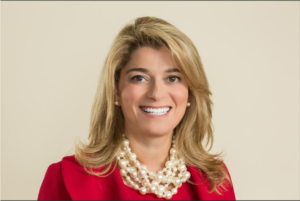 Granite Mortgage — its 10 employees in tow — will join Trustar Bank as a wholly-owned subsidiary. The acquisition, which may be Trustar’s first ever, will allow the bank to offer construction-to-permanent financing loans as well as jumbo loans, among other products. Granite Mortgage will be renamed Trustar Mortgage.

The move comes early in the life of the bank, which was founded in 2019 by former WashingtonFirst CEO and founder Shaza Andersen.

“If you were to ask me what would I have done different when I had Washingtonfirst Bank, the answer would be to have a mortgage company earlier in our life rather than later. We waited a long time to buy a mortgage company,” said Andersen, who grew WashingtonFirst to $2 billion in assets before its $447 million sale to Sandy Spring Bank in early 2018. “We decided that we want to do it earlier on in our life rather than later on.”

The purchase allows the bank to capitalize on a hot mortgage market and to increase its fee income as it continues to grow, Andersen said.

Michael Rebibo, Trustar Bank director, will become chairman of a newly-created Trustar Mortgage board, the bank said. Granite Mortgage LLC CEO and president Gary Freedman will continue to lead the subsidiary as president.

Trustar officially opened its doors on July 8, 2019, and now has three branches, having opened one in Reston in June. It had grown to 32 employees and $238 million in assets as of June 30, according to data from the Federal Deposit Insurance Corp. It also delivered about $75 million across 350 forgivable loans under the Small Business Administration’s Paycheck Protection Program, as businesses grappled with the economic fallout of the Covid-19 crisis.

About the Bank – Trustar Bank is a full-service bank offering comprehensive banking products and services to small- and medium-sized businesses and consumers. It is the first bank to be chartered and opened in Virginia in over a decade. For more information, please visit Trustar Bank online at trustarbank.com.